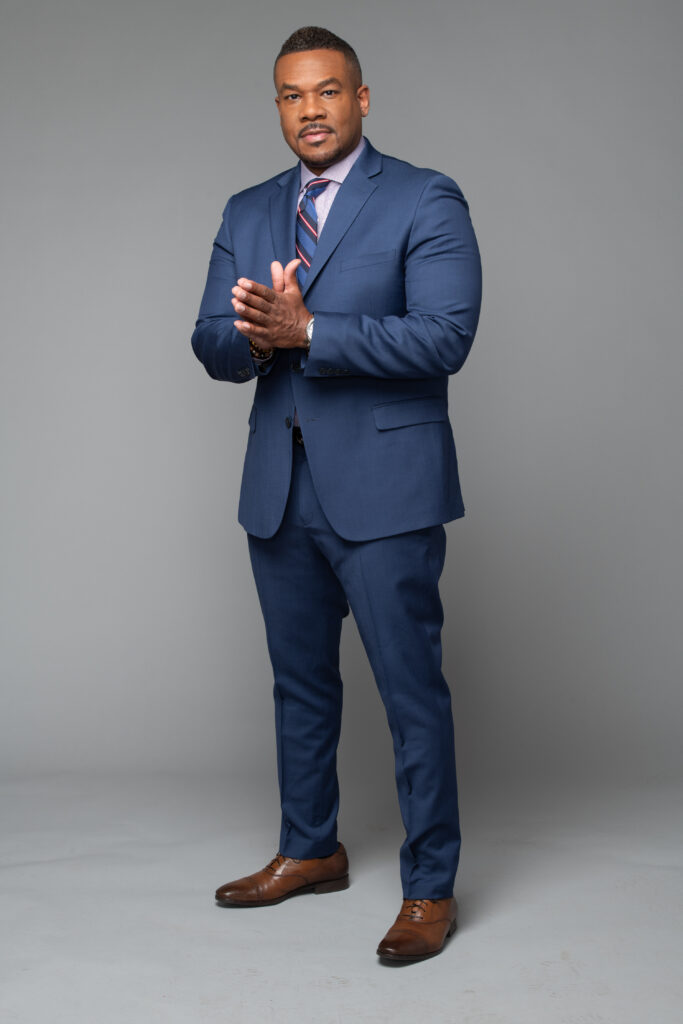 Renowned barber, Larry E. Roberts, Jr. was born May 8, 1973 to the parents of Larry E. Roberts Sr., an Darlene Roberts. Larry started cutting hair at the age of 13 in his parent’s basement. His clients grew so rapidly that he allowed his buddy to help service the clients. He even had his mother and sister Tramaine, book appointments for him. After completing barber college, at the age of 18, he opened the first Larry’s Barber Shop in Matteson, Illinois. His clients followed him to his barber shop where he continued to be recognized for his professional barber skills and creativity. Larry reinvested the shop profits to make sure he had a professional environment for his clients and barbers. He has a great passion for people and actively encourages everyone to aim high in life. Larry relocated his barber shop to the south side of Chicago to provide a quality location and services in an under-served community. Larry’s barber shop was so successful and well known that he soon began to explore better opportunities and expansion for his gift.

With the success of this multiple barber shops, Larry elevated higher and in 2004, he opened his first barber college in the Chicago, IL. Larry’s mission for the barber college is to provide the community a positive, professional atmosphere for barber training, career development, client servicing and mentoring to provide students a better alternative.  Larry went on to open 2 more barber colleges and in 2010, Larry, with the support of his team, made history by opening the first barber college inside Cook County Department of Corrections. This was the first if its kind and many did not believe that it would work. The barber college inside Cook County Jail does not receive any monetary compensation, so Larry decided to start Data Foundation Inc., a non-profit organization that provides resources and finances for the Jail program and this colleges.

Larry also has products on the market that he produce; Larry’s Bristal Brushes, Larry’s Bump Therapy and a instructional DVD entitled “Cutting hair with Larry. In 2015 Larry wrote and published a book “Suicide Is Not the Answer” this is his biography that showed the struggle and how he overcame child molestation, being a womanizer, going through 3 marriages, getting locked up in jail and feeling like God hated him because of his circumstances.

Larry Roberts, Jr. is a sought after musician and is well known for his dynamic style as a professional percussionist and keyboardist. Larry has perform with the best in the music industry; Ricky Dillard & New Generation, Kirk Franklin, Stephanie Mills, Al Hudson and 1 Way, Trinity All Nations, John Hannah & New Life Covenant, Light Of Love, JJ Hairston & Youthful Praise, Fred Nelson lll, Albertina Walker and more. Larry also ‘showed off’ his talents as the lead percussionist for the stage play “The Color Purple”.